By: Chasing the Stigma 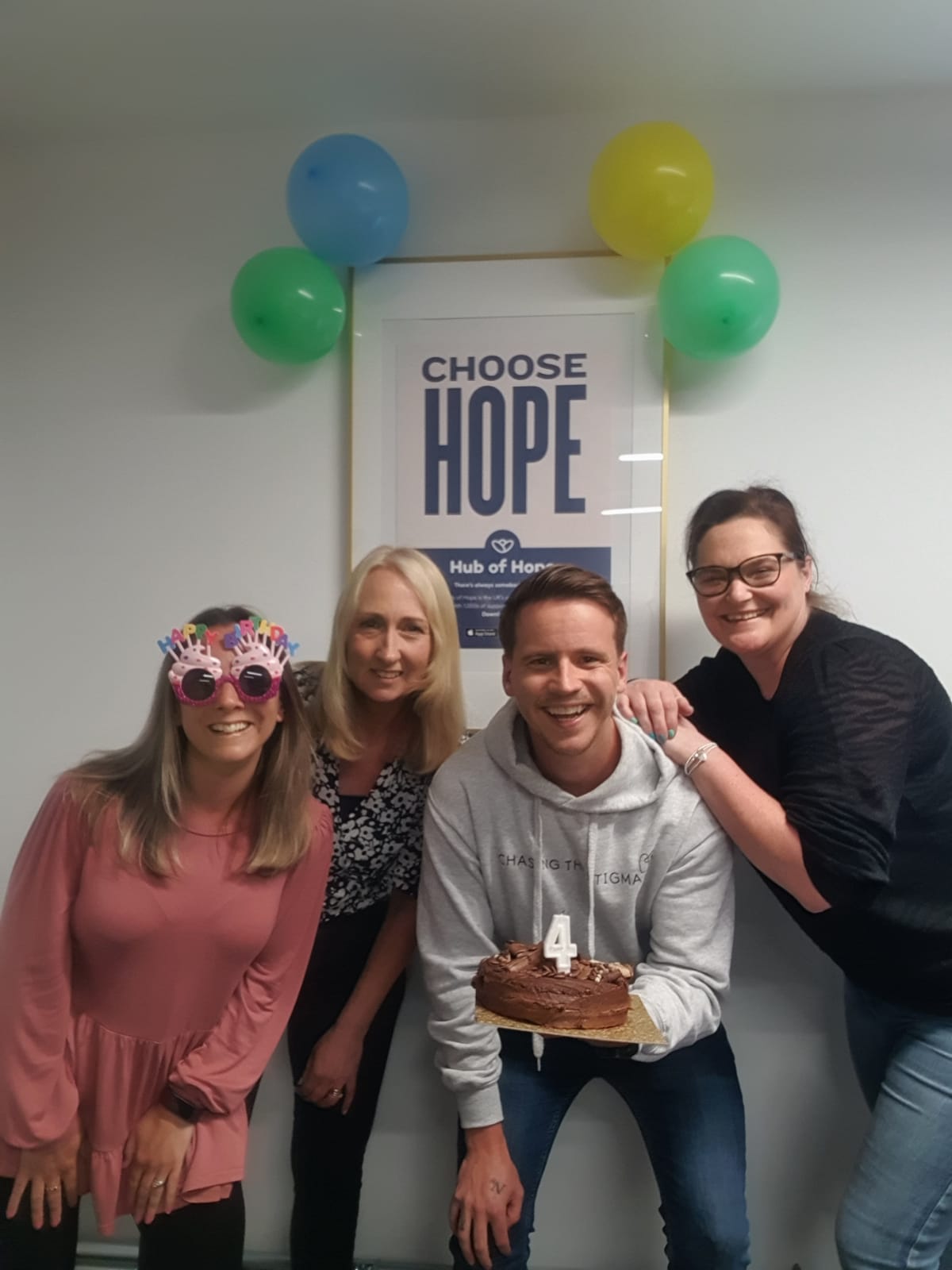 The ground-breaking Hub of Hope is the only service of its kind that brings NHS, Samaritans, Mind and more than 3,000 registered national and local voluntary, grassroots, private and third sector mental health support services together in one place, with the number listed growing on a daily basis.

The Hub of Hope has also recently been included in the Government’s Covid-19 Mental Health & Wellbeing Recovery Action plan, which recognises the Covid-19  pandemic’s negative impact on the mental health of many people and outlines plans to respond to growing need for support.

The Hub of Hope app was established in 2017 by Chasing the Stigma, a national charity set up by Liverpool comedian, Jake Mills, following his own suicide attempt in October 2013. Jake realised when talking through his own personal experience that many people didn’t know where to turn for help with mental health issues, so he and his team created the app. This started as a spreadsheet populated by Jake at his kitchen table and then developed into the comprehensive tool that it is today – a location-based app which directs people to all the mental health support available within any given area.

Just over a year ago, NHS England became aware that the Hub of Hope, which celebrates its fourth anniversary this month, had developed the most comprehensive directory of mental health that exists in the country, ranging from large national charities to grass roots local groups, with the technology to allow people to easily search by postcode. In recognition of this, the NHS provided the national charity with some funding to develop the hub even further with a view to placing it on the  official NHS.UK website, where it has been since April, housed on the charity referral site – the most visited mental health resource page in the UK.

Being on the NHS.UK website is a dream come true for founder and CEO of Chasing the Stigma, Jake Mills and his team, who all have direct and indirect lived experience of poor mental health. The team has worked hard to find a solution to prevent people struggling with their mental health from slipping through the net and get the help they deserve. Working with other organisations to signpost to the Hub of Hope, provides people with a vital source of help and hope.

“I set up the Hub of Hope app four years ago, following my own experiences and found that it wasn’t clear where and how to get help. It was always my aim with Chasing the Stigma to bring mental health organisations together, to make signposting clear and consistent, so that people don’t have to think twice about where to look for help. I hoped we could make local mental health support as accessible and intuitive as finding a local takeaway!

“We can only create that consistency by working together and consolidating our efforts, so people know where to turn. To do this by our fourth anniversary, when we are still a relatively young charity and with the UK’s National Health Service using us a directory, is an absolute dream come true.

“The NHS is under immense pressure at the moment, due to the pandemic but also due to the number of people looking for mental health support. By utilising the Hub of Hope, it means the NHS can help more people by directing them to relevant mental health services within their own location. With this partnership we are continuing to remove the stigma surrounding mental health and raise awareness of the Hub of Hope to ensure everyone knows there is always hope, no matter what.”

“I have been so impressed by the work this small charity has done in just a few years to build a directory of mental health support and I’m really pleased to have been able to lend NHS support to the Hub of Hope as well as providing a platform for more people to access it – it is helping to make a difference to people’s lives.

“It has never been more important to ensure that everyone has access to a range of services to support their mental health needs. In the NHS we are doing everything to increase access to our mental health services, but we also know the huge value in providing people with other options such as peer support or local community groups, as well as national charity helplines, all of which can be found on the Hub of Hope.

“I urge anyone providing such a service to register on the Hub of Hope to help embed it as the national go-to directory for mental health services in every area. We are encouraging everyone to download the app and share it with friends and family too.”

In just four years Chasing the Stigma has:

The Hub of Hope can also be accessed through the app, which can be downloaded from the App Store (iPhone) or Play Store (Android), via the Chasing the Stigma website or www.hubofhope.co.uk. The Hub of Hope also has a ‘Need Help Now?’ button that connects users directly to Samaritans or Crisis Text Line’s messaging service and has the numbers for every NHS mental health Trust’s 24/7 urgent mental health line.

If any organisation would like to work in partnership with Chasing the Stigma and the Hub of Hope to signpost people to the mental health app, contact or email info@chasingthestigma.co.uk