Our Chairman, Neil Ashbridge outlines the results of the Quarterly Economic Survey

The BCC’s Quarterly Economic Survey (QES) – the UK’s largest independent survey of business sentiment and a leading indicator of UK GDP growth – has shown that while businesses continue to recover from the deepest recession on record, persistent weakness in several indicators highlight concerns over the strength of the recovery.

The survey of over 5,700 firms showed that some indicators, such as domestic sales and orders improved in Q3. However, it also revealed stagnation in the proportion of firms reporting improved cashflow and increased investment. Worryingly, firms’ expectations of price increases and fears about inflation are hitting record levels.

The Office for National Statistics estimate UK GDP grew by 0.4% in August 2021 after a fall of 0.1% in July. GDP remains 0.8% below its pre-pandemic level. Consumer services were the main contributor to growth in August at 1.2% but remain 4.7% below their pre-pandemic level.

UK economic activity has moderated in Q3 as the boost from the gradual ending of pandemic restrictions has been constrained by supply and labour shortages and rising cost pressures.
The latest BCC survey (Q3’21) points to a similar easing in activity as members report growing supply constraints, including labour shortages, which in turn are leading to higher costs.

Despite the drag from supply issues two thirds of firms expect turnover to increase over the next twelve months, unchanged from the previous quarter, notably among professional firms. Local firms reported a similar position.

Cashflow remained unchanged compared with Q2, though small and micro businesses were more likely to report a decrease in cashflow over the past three months. At the local level firms on balance reported a slight deterioration in cashflow.

Inflation was reported as the main concern for the majority of firms. Prices rises were described as out of control in some areas e.g. container shipping rates and material prices such as steel products had risen by 150% in some instances. Increased costs due to BREXIT were also mentioned and in some cases had led to the decision to cease operations in Europe. There was also a tick up in cost pressures reported by local firms with raw materials, finance and overheads being the main contributors. Also a growing number of local firms expect to increase prices over the next twelve months. 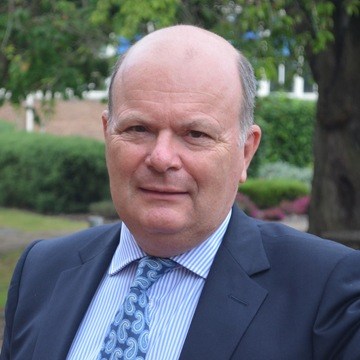